The Prince George Spruce Kings are without forward Preston Brodziak for two games after he was  suspended for receiving a major penalty and a game misconduct for checking from behind in Friday’s game against Coquitlam.

The hit occurred 8:56 into the second period of the Express’s 4-2 win over the Spruce Kings. Brodziak sat out Saturday’s match-up between the same two teams and is eligible to return on Dec. 28 as Coquitlam heads to Chilliwack to face the Chiefs.

Forward Ty Westgard (48 goals, 129 assists in 176 games with Surrey and Coquitlam from 2014-19) was named BC Intercollegiate Hockey League Player of the Month for the November/December time period on Saturday.

Meanwhile, forward Josh Bruce (13 goals, 18 assists in 110 games with Surrey, Powell River, Coquitlam from 2017-19) was named BCIHL Rookie of the Month for the Nov/Dec timeframe.

Bruce was only held off the scoresheet once in four games in November, racking up two goals and seven assists. 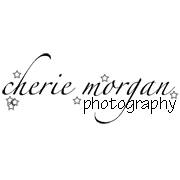